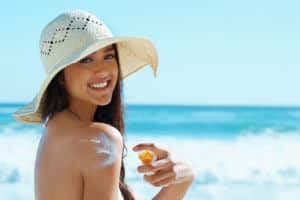 We talk about skin cancer quite a bit around here. It would make sense that we would since skin health is our business. Recently, we were reminded that, just because we’re talking about skin cancer, that doesn’t mean the important message about screenings and early treatment are being absorbed. We know no one means to let their doctor’s advice go in one ear and out the other, but we do know it happens. Here, we want to share with you how we know this.

Not long ago, a Spanish publication conducted an interview with Dayanara Torres, former Miss Universe. In the interview, the beauty queen told the reporter that she had recently been diagnosed with skin cancer. That skin cancer turned out to be melanoma. That kind of diagnosis alone can be frightening, but there was more. After a biopsy and additional tests, Torres’ doctor informed her that her melanoma was also in two lymph nodes. By the time of the interview, the original growth and the two affected lymph nodes had been removed. But not without more than a little surprise.

While Torres admitted to being aware of a growth developing on the back of her knee, and also to ignoring her fiancé’s requests to get the mole evaluated by her doctor, she revealed a bit detail that we think everyone needs to hear.

Torres did not know that melanoma could spread from its original growth.

This is a significant matter. Melanoma is the most serious form of skin cancer. It only begins in the melanocyte cells in the skin. If a growth goes unchecked, cancer cells can spread to nearby lymph nodes. From one lymph node cancer can spread to another, and then another, and so on. From the lymph nodes, melanoma cells can enter the bloodstream. Once cells are in the blood, they can be transported to any part of the body.

What You Need to Know

We would also like you to know that skin cancer can be easily treated when we catch it early. The team at Westerville Dermatology can help you get to know your skin. Call 614-895-0400 and schedule your skin cancer screening today.

Blog Categories
Back To Top